14 Days of Quarantine in Slovak Wilderness

[Written on the 15th of May 2020] When I found out that my university will be closing on March 22nd, with a move to online teaching, and that the examinations will be held online, I wasted no time. I bought a ticket for Sunday, March 15th with a flickering hope that the flight won’t get canceled. Last chance to leave the UK, running away from the wonderful strategy of doing nothing, in the hope of creating herd immunity. Now we can see how herd immunity turned into a death sentence.

Although the flight information board at Luton Airport was filled with canceled flights, my flight was among the lucky bunch that got a green light. So I said goodbye to London and boarded the plane to Vienna.

As I considered the best way to spend the mandatory 14-day quarantine I knew where I wanted to go. I also knew this was the safest option, which wouldn’t put my family under any risk. 14 days at my grandparent’s solitary cottage under a forest, in the vibrant Terchova region, where many of my fondest childhood memories were made.

An image of cooking, reading, writing, and walking, for as much as I wanted (or until I ran out of food), ran on a loop in my head. Knowing that I won’t be returning to London any time soon, what better way to shed off the mental weight of the metropolis, than in the midst of solitary wilderness.

So, after a few more turns and twists in the story, I got into a passangerless car on a parking lot next to Aupark in Bratislava, loaded with food and my excitement, and I set my sails off to Terchova.

I arrived at midnight, and after I carried all the essentials into the cottage, turned the electricity on and took some layers off all the clothing I had on me because of my overweight luggage, I realized that if I don’t start a fire in the next ten minutes, I will freeze to death. It was -4°C and since I depleted all my luck with the successful exodus from the UK, the only thing I was able to start was a pitiful electric heater, not a fire.

After the fourth attempt, half choking from all the fumes in the room, I gave up. With four layers of clothes I sandwiched myself between two thick feather duvets, and with just my face peeking out I tried to fall asleep.

I don’t remember how many times I woke up because of the cold, but it was more than enough to know that never ever again will I play such an experiment on me, of falling asleep with a negative temperature around and no source of heat. (The light from the useless electric heater was too bright.)

The next day I was joined by my lost fellow Londoner, traveller, refugee, my good friend Viktor, who ran from the UK but missed his flight only to catch another one, and who spent a sleepless night at Amsterdam’s airport, while I hibernated in Terchova. This lucky man came into his new, warmed up living space throwing smiles as he went. He had the luxury of being able to take off his coat without shaking.

After we carried all the necessities inside, our fourteen-day journey officially began.

There are some things you learn quickly without heating.

You finally came to understand why the main character in your favorite childhood fairy tale, never goes anywhere farther than a meter away from the Russian stove (I finally found the English name for traditional Slovak “pec”. Don’t worry here is a picture.)

For illustrative purposes only.

Or why the characters in old Slovak novels refuse to get out of the bed in the morning. I guess that’s common now too, but it’s slightly different when the temperature is close to zero, and you know that you will spend the next thirty minutes in that cold hopelessly trying to get the fire going. Such an image can pin you down for couple of hours, always finding a new reason, a new thought, book, or article, for why not leave the warm bed.

You also know, that in the process of rekindling the fire the decreasing levels of oxygen sucked up by the stove will bring you your morning dose of dizziness. You could open the window to let the fresh air in, but for one, you are freezing, so you don’t want to leave the stove, and two, you are freezing. Opening a window when it’s -6°C outside is not your top priority. And even when the lack of oxygen forces you to temporarily leave the stove, it is usually postponed until your brain initiates a shut down.

At last, you open the window, stand there like the man you are, facing the cold and snow, and after ten seconds you run back to salvage even the weak trace of warmth.

You also know, that after you get a good fire going you will have to scrape your hands off all the ash, elbow high, hands that are dry to the point of bleeding from all the washing you did with dishwashing detergent that you mistook for regular soap. That really happened, I was that clueless.

And so you lie there, in your warm bed, with such a pure and simple life satisfaction that the best way I can describe it is with a picture of Homer Simpson staring into the ceiling.

“You know what, I think I will read some more COVID-19 news, and a little bit about Kajetán Kičura ([at that time] recent Slovak corruption scandal for the uninformed).”

But seriously now, both me and Viktor were surprised by how much warmth and lack thereof affects your priorities, your ability to focus, and your sheer bandwidth.

When you sit by the stove, nothing compares in importance to the imperative of starting and maintaining a fire, not even eating.

It can be a real problem to care about anything other than staying warm during a cold day. It is not that it takes up so much of your time, it is rather that it never leaves your mind. Survival mechanisms kick in and you can try as much as you want, you won’t read the lecture notes today.

After I got back home, even the mundane seemed extraordinary. Without this experience I would not be able to recognize or appreciate the luxury of washing your face before you go to bed without having to flex your muscles to control the shivering. It’s priceless. Well, I guess not really, it’s called heating.

When you return from such an environment you realize how easy we have it today. Staying warm is something most of us never have to think about, apart from the extra blanket.

Orwell, in his book Down and Out in Paris and London, spoke of the impossibility of doing any creative work while you are starving. During this 14 day quarantine I found another basic need which if unmet will prevent anything more than vegetative existence; staying warm. I admire all the Russian novelists, who were so prolific even during the fierce Russian winter.

Anyway, that’s my first interesting lesson, the basic need of warmth. Onto the second.

Do you have an experience of almost complete darkness in nature, when the only thing you can see are the stars, the moon, and slight shadows depeened by the light reflected from trees?

Although I spent the quarantine in a place that I dearly know, at night, when I went out and stood at the front doorsteps, staring into the darkness with unidentifiable sounds filling my ears, well, what can I tell you, I was glad we had a door.

It doesn’t take much to figure out why our distant ancestors lived in caves and later in small settlements rather than in the open. Caves and settlements protected them from natural elements and various predators which increased their chances of survival.

In a cave, not only it doesn’t rain behind your neck, but when you lean against the wall you know that nothing can sneak up on you. Additonally, settlements and the general cooperation among families and tribes allowed you to benefit from the protective instincts and defensive abilities of other individuals.

Thoreau meditates in his book Walden, whether it is natural for people to live in such large and decorated houses, (mind he wrote Walden in mid 19th century). Well, barring the size and decoration, standing on the steps with doors wide open, buried deep in the sounds of the night I realized I am very glad there is a solid structure behind me where I can spend the night.

Don’t get me wrong, I like sleeping under the sky, but facing the uncertainty of the night, with no light but the stars, I felt exposed, vulnerable, an easy target for anything out there.

Thank you evolution for that instinct, it probably saved our ancestors on more than one occasion.

But maybe the instinct can be overcome. I’m reminded of the scene from Crocodile Dundee when Mick and Sue are about to go to sleep in the midst of Australian bush when suddenly Mick picks himself up as if he heard something but he nonchalantly dismisses it and goes back to sleep, while Sue stares in terror. I guess I am no Mick Dundee, but I guess most of us aren’t.

The U.S. soldiers in Vietnam weren’t, as Tim O’Brien vividly describes in his book The Things They Carried:

“Psychology—that was one thing I knew. You don’t try to scare people in broad daylight. You wait. Because the darkness squeezes you inside yourself, you get cut off from the outside world, the imagination takes over. That’s basic psychology. I’d pulled enough night guard to know how the fear factor gets multiplied as you sit there hour after hour, nobody to talk to, nothing to do but stare into the big black hole at the center of your own sorry soul. The hours go by and you lose your gyroscope; your mind starts to roam. You think about dark closets, madmen, murderers under the bed, all those childhood fears. Gremlins and trolls and giants. You try to block it out but you can’t. You see ghosts. You blink and shake your head. Bullshit, you tell yourself. … After a while, as the night deepens, you feel a funny buzzing in your ears. Tiny sounds get heightened and distorted. The crickets talk in code; the night takes on a weird electronic tingle. You hold your breath. You coil up and tighten your muscles and listen, knuckles hard, the pulse ticking in your head. You hear the spooks laughing. No shit, laughing. You jerk up, you freeze, you squint at the dark. Nothing, though.” (O’Brien 195-6)

So, the second thing I learned during the quarantine is why one of the basic human rights is the right to shelter. Night can be wonderful, but the night is even better behind concrete walls.

If we ran out of food I could’ve concluded these brief survival lessons with tips on amateur hunting; that’s some newsworthy material, “Starved Quarantining Students on the Hunt in Terchova”.

Fortunately, the only worry about food was whether we will be able to eat it all. The concerns we had were more of whether to have penne with gorgonzola mushroom sauce or creamy tuna sauce or of choosing between red and white bottle of wine. Real struggles, I can tell you.

Well, it was great two weeks. Now I know, why I want to have a house and one with heating.

Thank you Viktor for the company. Two weeks I will never forget.

Facebook0Tweet0Pin0
Thanks for subscribing! Talk to you soon.
Andrej Jurga
Uncategorized

Self-Discovery vs Self-Creation (Don’t look for your passion)

Searching for Meaning: Action over Indecision 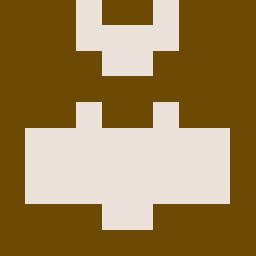